DRUms OF THE DEEP
ORIGINAL DRUMS USED REGULARLY IN MAJOR FILM SCORES... NOW AT YOUR FINGERTIPS... 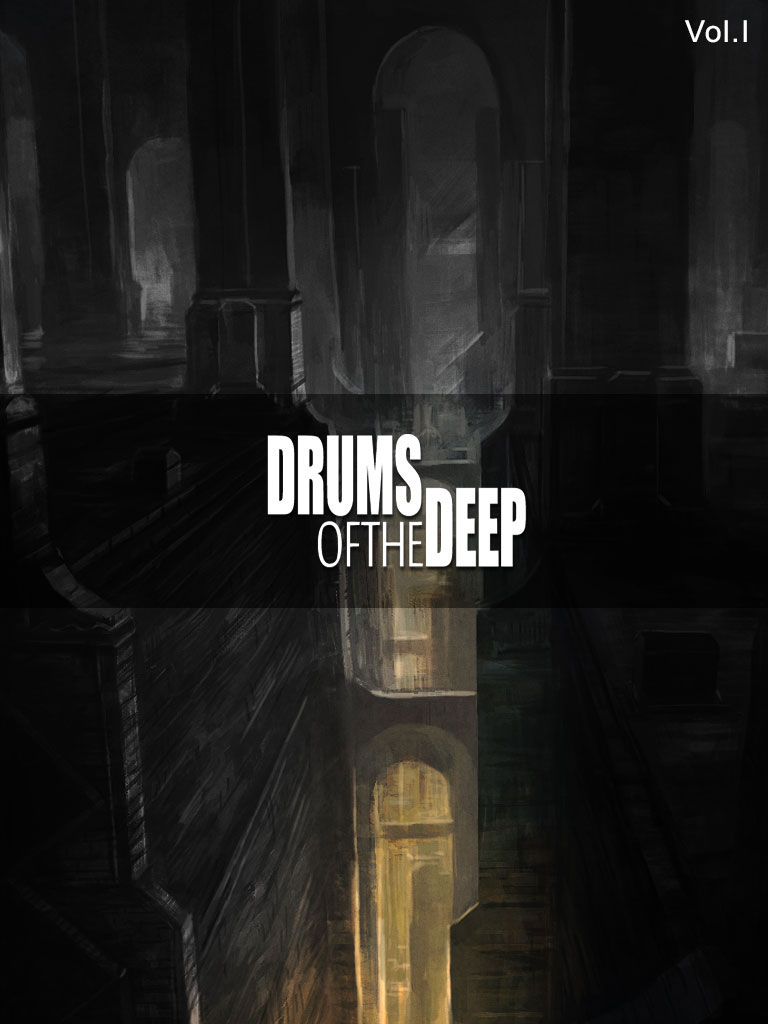 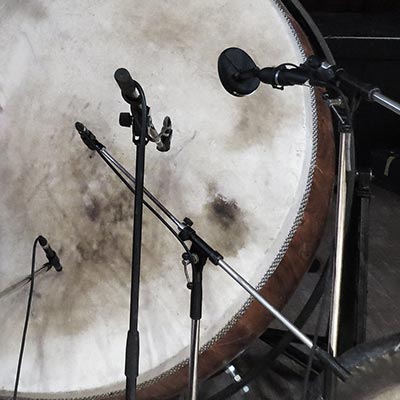 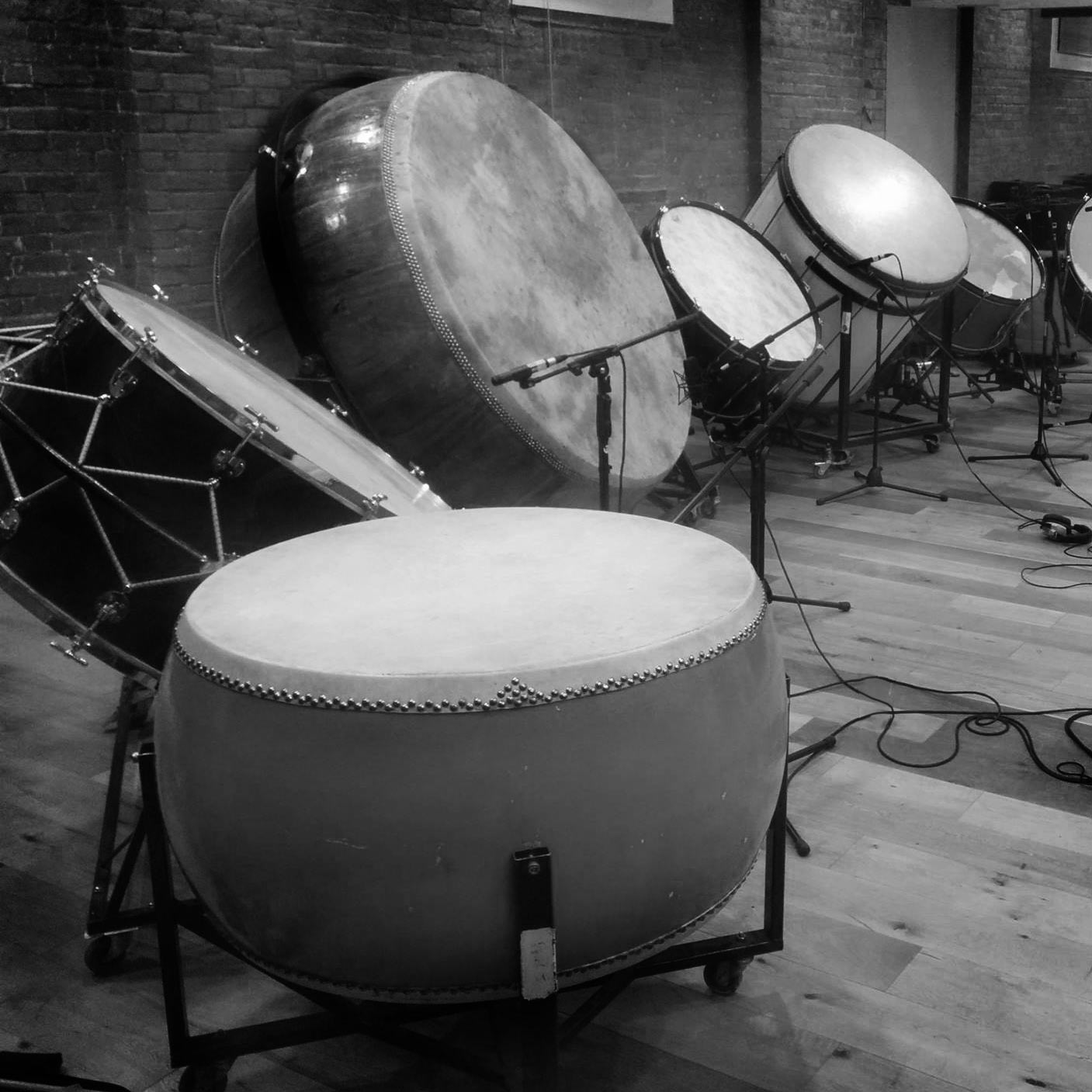 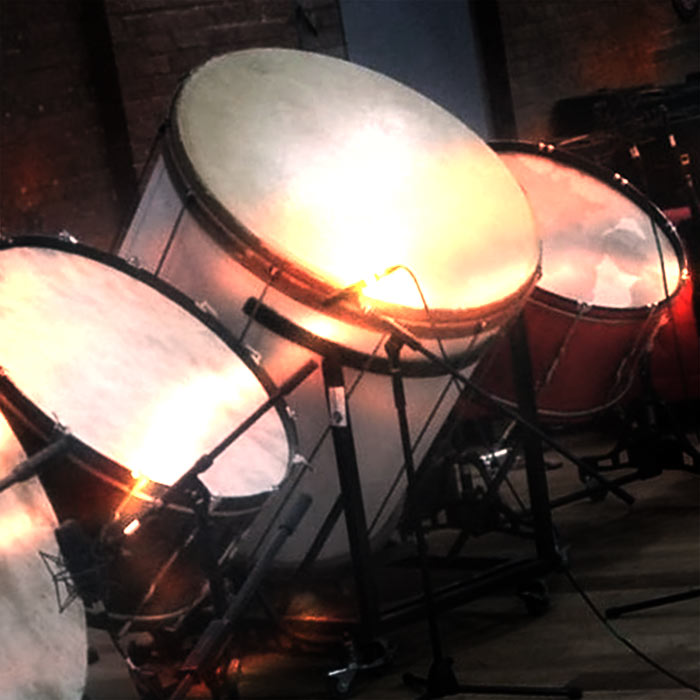 Take a listen below to some of the stunning audio demos created using this library. (MORE COMING SOON)

ABOUT
Drums of the Deep Vol.1

Earth-Shuddering Collection of Sampled Drums - for Kontakt 4 and Above (Retail Version Only, not Free Kontakt Player)
‍
Auddict is extremely happy to present "Drums of the Deep", a collection of drums ranging from small to earth-shudderingly huge. A number of the drums we recorded are originals used regularly on major film scores, and now you can have these exact instruments at your fingertips!

The three mic position version is our own professional produced version, with a CLOSE, MID and FAR perspective, each carefully produced from a number of mics placed around the drums by us, in a manner that really brings out the character of each instrument.

The seven mic position option is different, in the sense that it includes seven direct mic feeds (un-produced), with perspectives in order from close to distant, so that you can also go deeper into the sound than just three perspectives, and carefully tailor the sound to your purposes.

Round-Robins, Dynamics and other Specs

This library is 12GB in size, so you will need at least 24GB of free hard drive space to extract the downloaded rar files after purchase. 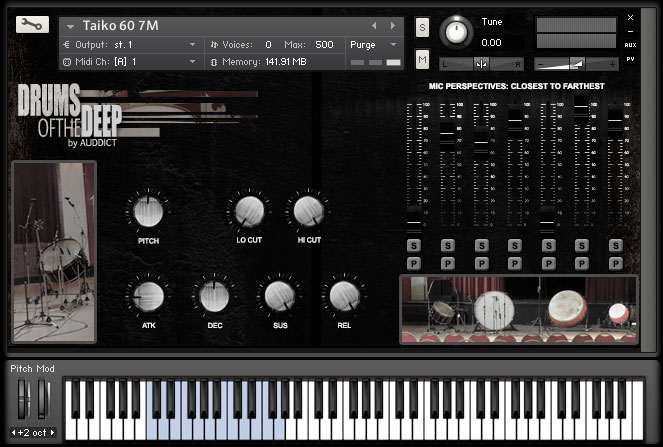 This instrument requires the FULL VERSION of Kontakt 4, or above (so it will also run in Kontakt 5 perfectly). The full version of Kontakt 4, is not the free "Kontakt Player", it is the full retail version which can be purchased from Native-Instruments' website.

All prices shown are excluding VAT and/or other applicable sales taxes. These will be added during the checkout process.

ASK US A QUESTION

If you have any questions, we'd love to hear from you - just create a support ticket below and we will get back to you as soon as possible.